Today we are talking about the recent single release from the powerhouse of a Guildford based band, Gatvol. As they are friends of the blog, I am very lucky they also granted me an interview around their new single and other bits and pieces.

I always get excited by Gatvol; so when I received a cheeky WhatsApp from lovely lead singer Sam letting me know they were releasing new music – I jumped on the chance to review it.

Don’t get me wrong, after the glowing reviews I gave them in the last two pieces I wrote (you can check those pieces out here and here) I was worried they were going to let me down.

So let’s talk about the song Random Fear shall we, here’s what I thought….

The first thing that I listened out for was the drumming. As I always do.  I have to say, Tyler is one of the only drummers who has NEVER disappointed me. Not once. It’s so fucking refreshing to see such talent. Someone who is not just constantly good, but someone who takes it to the next level every time I listen to something new or see them live. This guy man, rare talent. I think I might even hero-worship him a little? Maybe?

I don’t know what you boys did to make this beautiful piece of music but damn. Don’t stop doing it. I am fucking impressed.

Being such a fan, I always worry when a band releases new music because I am forever praying that they don’t fuck it up. I realise now that Gatvol is not a band that this fear needs to include. They go from strength to strength with each song recorded and performed.

I only have one criticism of Gatvol and that is they simply don’t release enough, fast enough, for this “new music” hungry blogger. I’m sat here twiddling my thumbs until their next release, which for me simply cannot come soon enough.

This piece is so perfectly put together, from the guitars and bass, the drums and of course Sam’s stella voice. When you speak to Sam face to face he is a gentle being, pure and wholesome but then you listen to his music… fuck me sideways… where does that voice come from? I don’t know but I am incredibly thankful it comes out of his face mouth.

A heavier sound from the band brings images of even me, the person that is the grumpiest looking bitch at a gig, throwing my hair about and throwing myself in what would likely be the politest pit I’d ever be involved in.

Let’s talk about the artwork for this stunning single release for a hot second. An incredible hand painted owl by the simply incredible Sara Armstrong. You can check out Sara’s work on Facebook here.

You can check Gatvol out on Facebook here, Instagram here and you can checkout their new song on Spotify here. They have also been added, again, to the reviewed on Kiss Of Beth’s playlist on Spotify, which you can check out and follow here.

All in all, Gatvol got this spot on. They get a good five stars from this hard to please blogger. Keep it up boys, I hope the rest of the EP stands up to this as you’ve set me an expectation now. 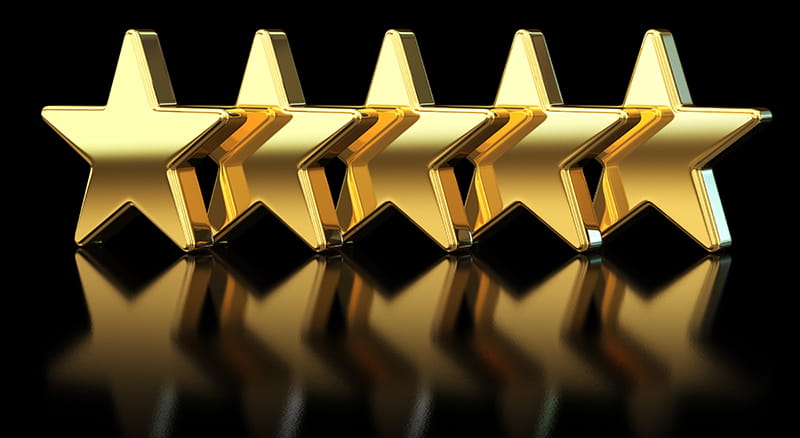 Now for the interview.

Held in the Queen’s Head in Guildford, which is arguably one of the best pubs that Guildford has to offer. Dani sadly didn’t join us for this interview because he was asleep. A reason I can completely forgive for not showing to one of my interviews, everyone get’s one free pass. So let’s get into it…

So, tell me about the new song, what’s it all about and all that shit…

S – So new song Random Fear, on Spotify now, it’s basically a song about perspective. This one has two main perspectives, one is when you’re kinda feeling defeated – you’re trying to move in the right direction as a person and go the right way but you feel yourself achieving that but never feeling fulfilled and from that defeated attitude you find yourself  taken into a dark place. I think a lot of people do that, the chorus is that message I think.

Where did the inspiration for this one come from? Which one of you were feeling defeated, let’s be real about it.

P – So, main riff complete the song. Groove, then lyrics. That’s how it works.

TH – So, we started with the guitars then, he (Tyler) puts his spice on it and then lyrics come last. I think it makes more sense and accommodates for the vocals.

P – The name Random Fear came because in his room, there is a boiler that makes a random noise. Maybe to let us know that it’s still working.

Don’t we all do that… blllergghhhhh I am still working….

P – So that’s where that came from. My inspiration came from that and his (Tom) writing. He inspires me.

TH – I write a cool idea and then Pablo makes it sound good.

P – Tyler and Sam make the song finish, it clicked.

You do work well together as a band, I don’t say that often…

So you played Radar recently… tell me about it… what was that like?

T – Super surreal. When I try and think back on the gig and I am sure it’s the same for everyone else, it’s a blur of holy fuck and I’m shitting myself and then at the end it’s like, that was awesome.

TH – Then we were hanging out with bands we have all been listening to for a long time.

S – We were the second act of the day on the main stage after being pulled from the 2nd stage when someone dropped out. We played after Animals As Leaders.

I guess what’s coming up next?

At this point I lost my shit at a wasp

S – We knew Radar was going to be a cool experience and playing main stage, we knew it would be amazing so we capitalised on that.

So why did you name yourselves Gatvol?

S – to the resident South African

T – Gatvol means nothing but Gatvol (got to say this in African’s) mean’s a hole full of shit. The way we use it is not to give a fuck. Our previous bassist picked it. Everyone in South Africa is like…. no.

Now on to the weird questions, because we all know I don’t just ask musical shit. So… Say something nice about each other….

TH – I’m not that much of a dickhead.

P – I’m going to be the serious one and say to Tyler, incredible. Basically, I had to do my final performance at ACM but he was sick sick and he couldn’t make it. So we moved it to the next day and he made it, still sick and he was perfect.

S – Pablo had his final performance…

Incase you didn’t know Pablo had his final performance…

S – So yeah, he was stressed about it and I thought he did a really good job talking to the audience. Which he is very good at doing. There was a solo he played, we have been living with Tyler and Pablo for over a week, I haven’t heard Pablo practising this at all and he ripped out this solo and smashed it.

TH – At Radar Sam put on the best show he has ever put on. Hands down went mental  and it was really sick to watch. He hit some mad high notes and hit some mad screams and it was a pleasure to share the stage with you bro…

T – I’m going to wank you off bro. Tom looked after me yesterday, he bought me medicine, he bought me food. He made sure I was ok. So yeah, for that I am very grateful.

Describe yourselves in three words

T – Are you looking or are you seeing brother….

So here I learnt Gatvol  are a bunch of stubborn fuckers

Weirdest compliment you have ever received as a band….

S -MMMM I GOT ONE. Weirdest and I’m going to say backhanded was “guys…. that was so great… I’m so jealous of you guys…” but instantly after it was “when can I come on stage and play with you” this was just after we came off stage and it was the first thing we heard after we sweated it out off. It was said as a compliment, but the intention was not in the right place.

TH – It didn’t give us credit for the show we just played, it was just wanting to use our position.

TH – When our clicks started playing out to the crowd, Max from the Rattlebacks said “that’s the tightest show I’ve ever seen from a band who’s set went so disastrously wrong” which was like thank you… ya fucker.

T- Monuments to be fair…

So where you putting it on…

One fun fact about each of you please…. said by another band member

S – How much do we tell about each other…

You look nervous about this….

S – Will your parents read this…..

P – Sam and Tom had to sleep in my room the other day and they woke me up… I hate when people wake me up. I told them don’t woke me up. They both thought they were super quiet but they weren’t…

I was then filled in why he has shit knees… also Sam made it evident he doesn’t do that football world cup kickball vibe often… go sports team!

T – Pablo shaves his chest but not his arms… and legs.

S  -Right now he will be on his bed, in his boxers, laptop on his lap…. FaceTiming his girlfriend.

Cheers boys, it’s always a pleasure to abuse you and shit in interviews. Let’s do this again soon!

Now let me finish this piece with a cute little selfie me and the lad’s took.